And Now for the Bad News 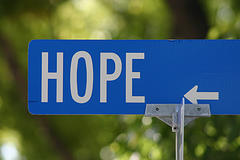 Hope is a fragile emotion, smashed so easily on the jagged rocks of life. In my last post I wrote with a degree of optimism that the maltreatment of domestic helpers in Hong Kong might just receive a little more attention in future, given a small increase in recent newspaper coverage. And that could still come about, because the case I’m about to describe might yet make the news. We’re working on it, and the circumstances deserve more coverage than I can attract here. But it just won’t come to the attention of the courts.

In early August last year I wrote about an Indonesian domestic helper who came to stay with me and my family after suffering repeated beatings at the hands of her employer’s wife. She was bruised from head to groin and had reported to both a local hospital and the North Lantau police station. We were confident that she would have her day in court, given the evidence of assault, an account of earlier sexual assault by her employer, and a witness not only to her condition every morning, but also to her being forced to work at another premises, outside the scope of her employment contract.

END_OF_DOCUMENT_TOKEN_TO_BE_REPLACED

The Careful Art of the Con

Deception is the playmate of credulity, the firm friend of that innocence which lingers long after experience should have held lone sway. We tend to dismiss those who are deceived as implicitly naïve, not really of this trying world. There is often an element of disparagement against the victim of a con, but no-one should really be so quick to judge. Deception isn’t easy – it’s often carefully planned – and the moral clarity that comes with not having been diddled evaporates as soon as the haunting fact that you’ve been had shuffles across your startled mind.

The fundamental element of deception is the willingness to believe the deceiver precisely because the situation is credible, from a certain point of view. That’s how simple lies work, although body language often gives away a liar in person. The witness who shifts in a seat and answers questions in a raised voice, the child who won’t look at your face, these people are not difficult to detect. It’s often harder to believe some-one in your family might have lied to you, and long term friend should usually have deserved your trust. The more transactions that you’ve entered into with them – whether short conversations, the exchange of gifts or even business dealings – the less likely you are to suspect their motives.

But that’s when deception can strike the hardest.

Earlier this week my wife and I were surprised to hear that a friend had been conned out of the best part of a year’s salary. She seems like such a rational woman, brought up in the harsh reality of kampongs in Indonesia, not willing to accept flights of fancy as fact in Hong Kong. At first we began to disparage, but quickly realised that she had been set up by an ersatz friend for quite a while. Sometimes the con is concentrated on the creation of sneaking, guileful, almost unnoticed obligation.

The ruse worked like this: our friend had needed a loan to help tide her over difficulties. But she didn’t have a credit rating or any collateral. She’s a domestic helper in Hong Kong, most of whom have little more than their

clothes and a few knick-knacks with them. So she asked a friend, whom she spoke to often and saw regularly, to take out a loan for her, which she duly paid back at the prescribed intervals. So far so good.

But, as it turned out, this woman had spotted an opportunity even before the contract had been signed, and used the loan to build our friend’s trust. There was, of course, a chance that our friend wouldn’t repay the loan, but all enterprise is uncertain and worth the ultimate reward. When our friend handed over the final instalment something had been created, something more than mere friendship. She felt gratitude. And gratitude is always a debt in itself.

Recently, after much more conviviality had passed between the two women, our friend agreed to repay the kindness she had received by signing a loan agreement for her friend, who had fallen on hard times. How could she not agree, now that she had a little collateral and generous spirit to spare? But when it had gone past time for the first loan instalment to be paid, our friend received an aggressive phone call from the credit agency, demanding the payment and a late fee. Taken aback only a little, our friend reached for her phone to warn the debtor of trouble brewing.

After checking with others who know the woman, our friend discovered that she was moving in different circles now and hadn’t been sighted for a while. Trust had brought our friend this far, only to dump her on the dung pile of indebtedness. Each month for the next ten she’ll have to pay two thirds of her salary for a bitter lesson in life.

Of course we’re helping our friend get by as best we can, but there was a second lesson in the situation that we too have had to learn. In being deceived there’s something more than naivety at work, something less than wilfulness. On that shaky middle ground dwell the risks we all take – of judgment misdirected, of familiarity rendered strange, of disappointment piled upon loss. But we take those risks in any case, aware at some level that failure patiently waits. Regardless of how hard it bites, deception is one of life’s dirty little inevitabilities. And if we thought we could avoid it, we’d only be conning ourselves.